1613-1713 Basilus Besler’s Hortus Eystettensis sive Diligens et accurata omnium Plantarum Florum Stirpium. All three additions of Hortus Eystettensis published in Eichstatt and Nuremberg Germany between 1613 and 1713. The work was to illustrate the magnificent fancy flowers in the Bishops Garden. This garden is where the bishop could go to be closer to heaven. Here he could praise God and celebrate the diversity of God’s creation.

In 1613 Basil Besler published the first edition of Hortus Eystettensis. It was the first important botanical work ever done on fancy flowers. It was printed in black-and-white, from copper plate engraving. There is text on the other side. Approximately 300 printed. 25 of those had watercolors added at the time, of the turn of the 17th century, up to 1613.

The second edition of Basil Besler’s Hortus Eystettensis was published in 1640 in Eichstatt and had a serpent watermark in the paper. Most have no printing on the verso while there was a few that did. The second edition was only fulfilled in black and white.

In 1713 Basil Besler’s work was published for the third time. Basilus Besler’s Hortus Eystettensis sive Diligens et accurata omnium Plantarum Florum Stirpium. Published in Nuremberg and Eichstatt, Germany. There is printing on the verso, and the paper is thicker. Paper making had evolved in the previous century. This edition was published in black and white. Meaning the water colors have been added sometime since to pieces you see in color.

Anne Hall of Anne Hall Antique Prints lives and breathes nature. She is excited to share and educate customers about antique natural history prints, which were published years ago. She is equally excited to share natural happenings caught on tape in her 1.29 acre woodlot in the Brimfield-Sturbridge area in Massachusetts, America.

This amazing video footage about pileated woodpeckers will tell you a thousand words about bird behavior. Antique bird lithographs and engravings depicted the birds, and nomenclature was described during the 18th and 19th Centuries. Naturalists excited readership with beautiful illustrations but nothing takes of experiencing bird behavior. She recorded the footage and made this video for you to enjoy.

Thanks for taking the time to appreciate and like this 3 minute film!

LOOKING FOR RARE MAPS? Then Check out Maps Old and Rare

FOR INSTANCE HE JUST ADDED THIS BEAUTIFUL RARE MAP:

Based on Mercators World Map of 1589 with new geographical knowledge. French text added on back.

Showing the known geography and settlements in the early 17th century in North and South America. First map to show the Great Lakes in North America; with New Guinea in the east, and Terra Australis as a southern land.

Victoria Regia or The Great Water Lily of America is the most revered work pertaining to early American printing.
This large folio was published in Boston in 1854 with life sized images of water lily specimens grown in Salem, Massachusetts, in various stages of life.  The magnificent illustrations are by William Sharp and the book was authored by John Fisk Allen.

See the complete story at:
https://annehallantiqueprints.com/victoria-regia/ 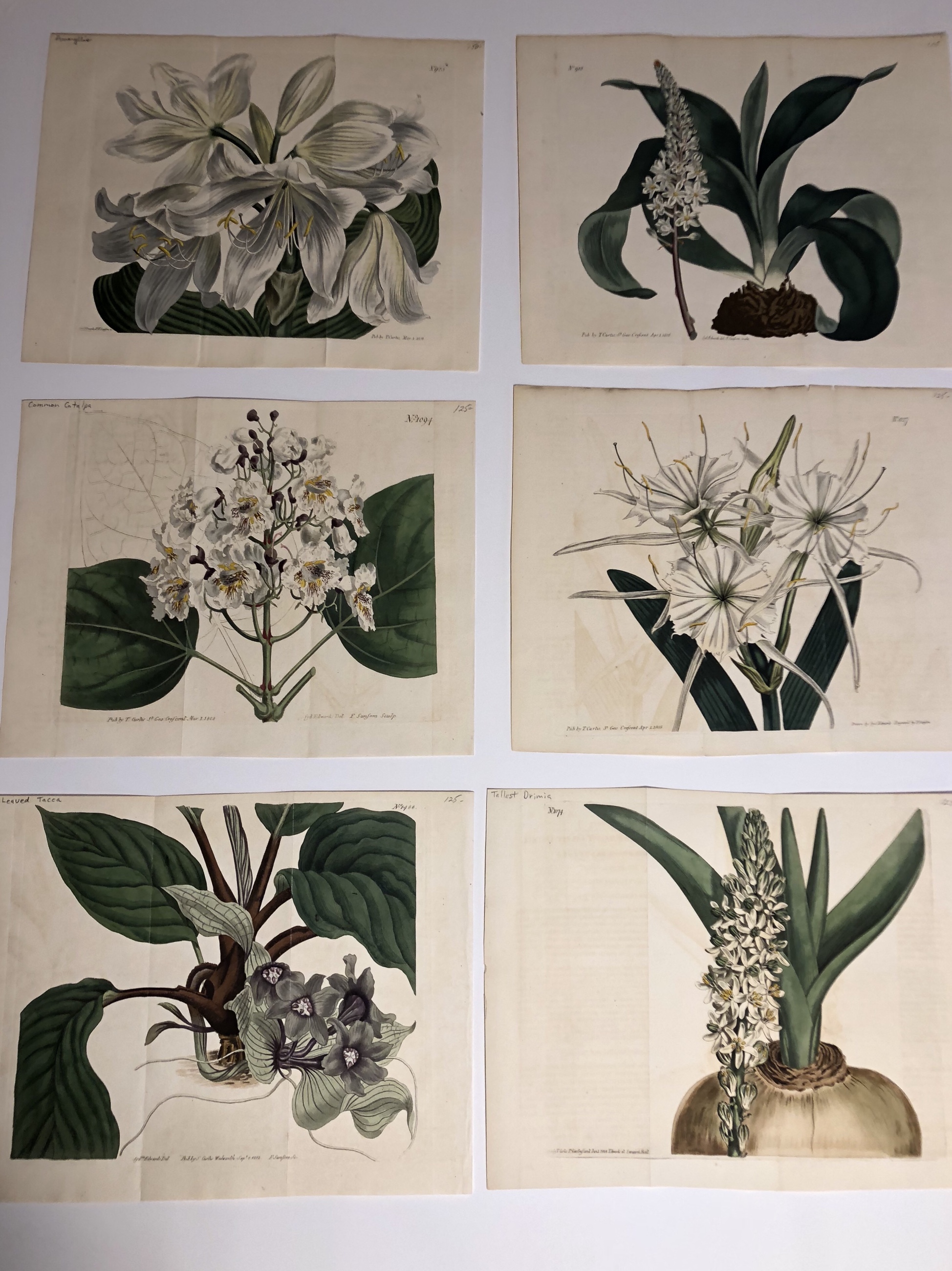 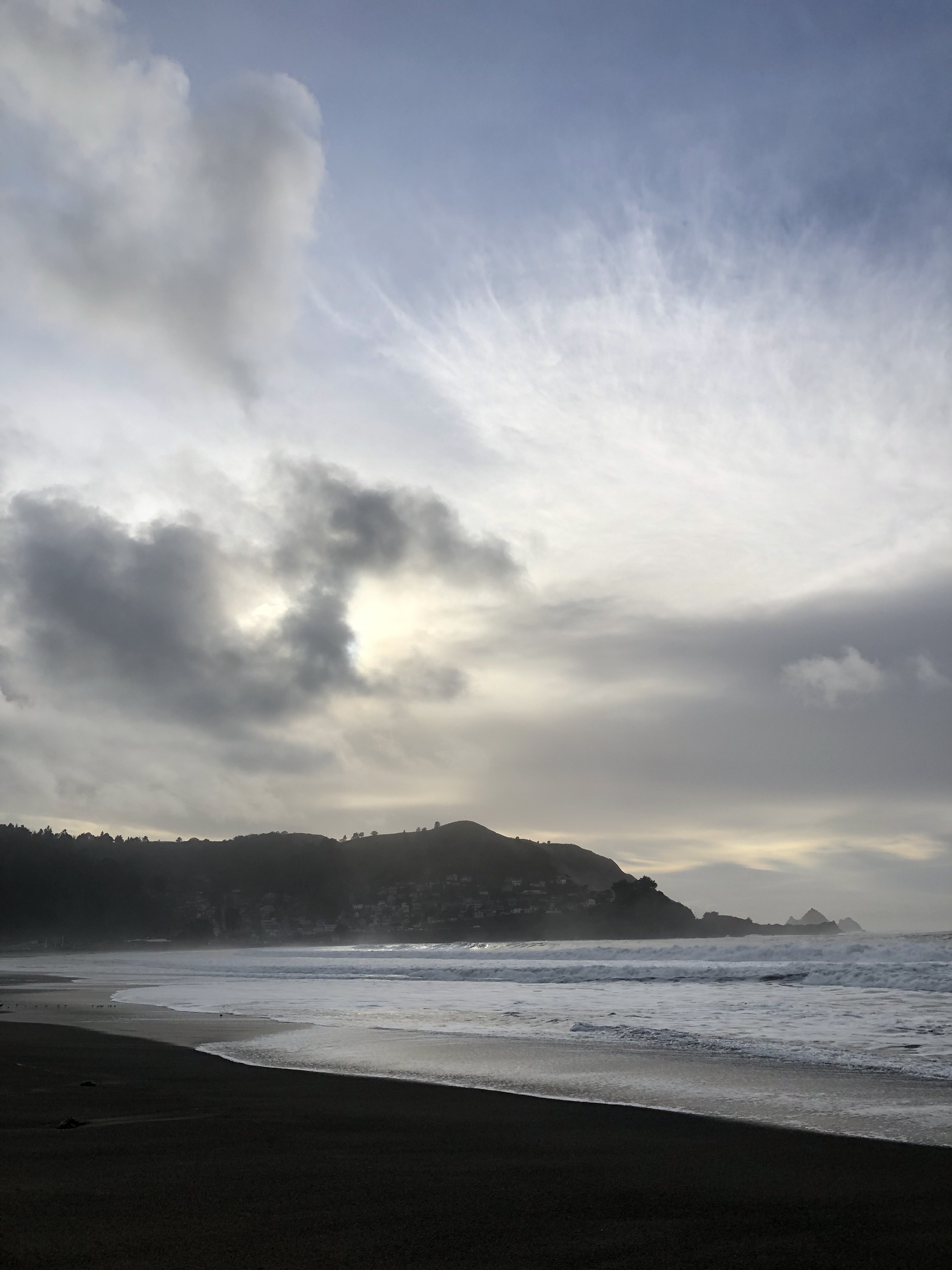 Adorn your Oceanside home with 18th Century engravings and lithographs of tropical fish, sea shells and palm tree prints. When you do business with Anne Hall Antique Prints, you will have access to some of the most sought out antique prints ever produced. When you visit her website Anne Hall Antique Prints you will be able to contact her personally and she will provide you or your designer with delightful service. 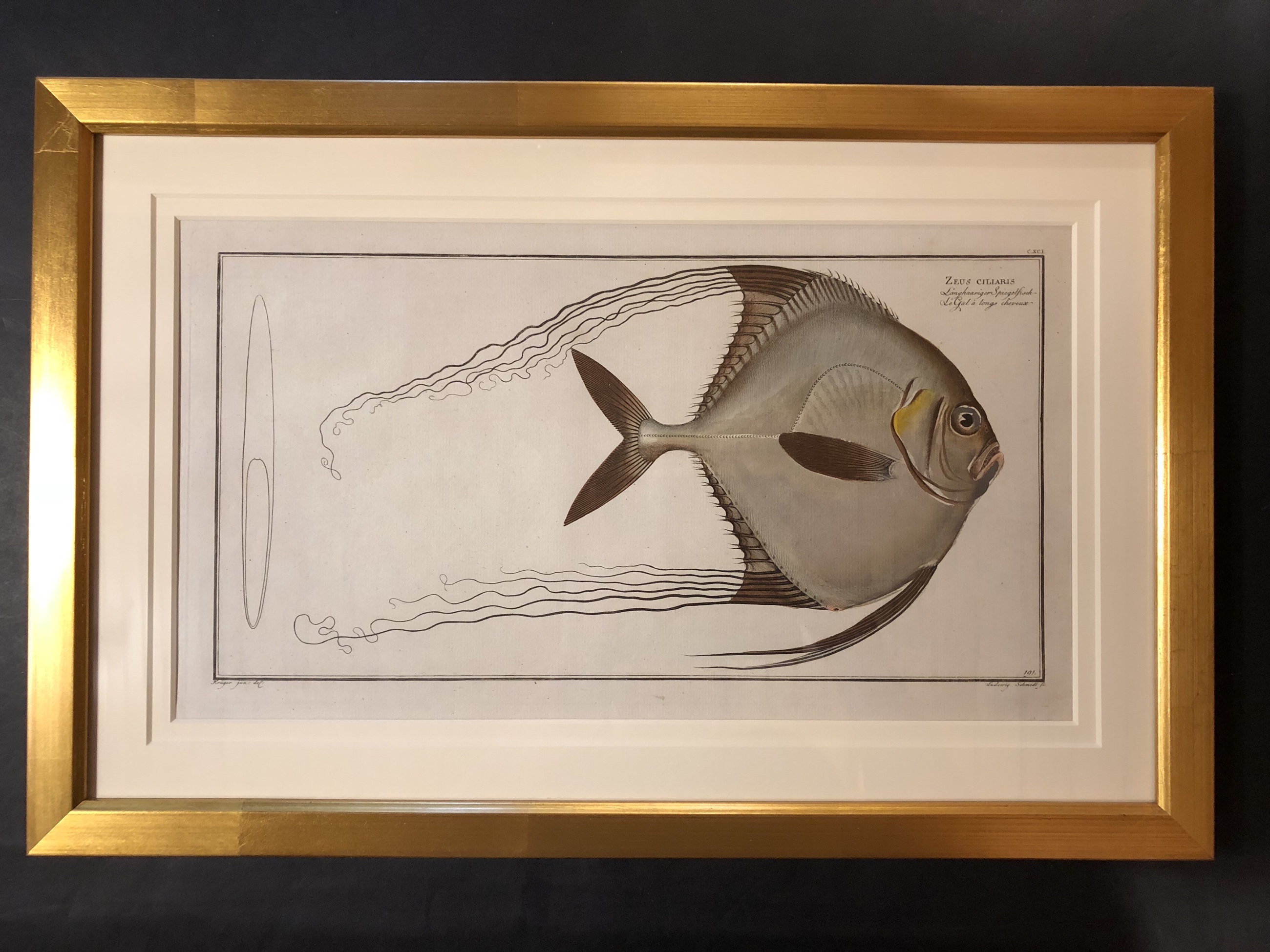 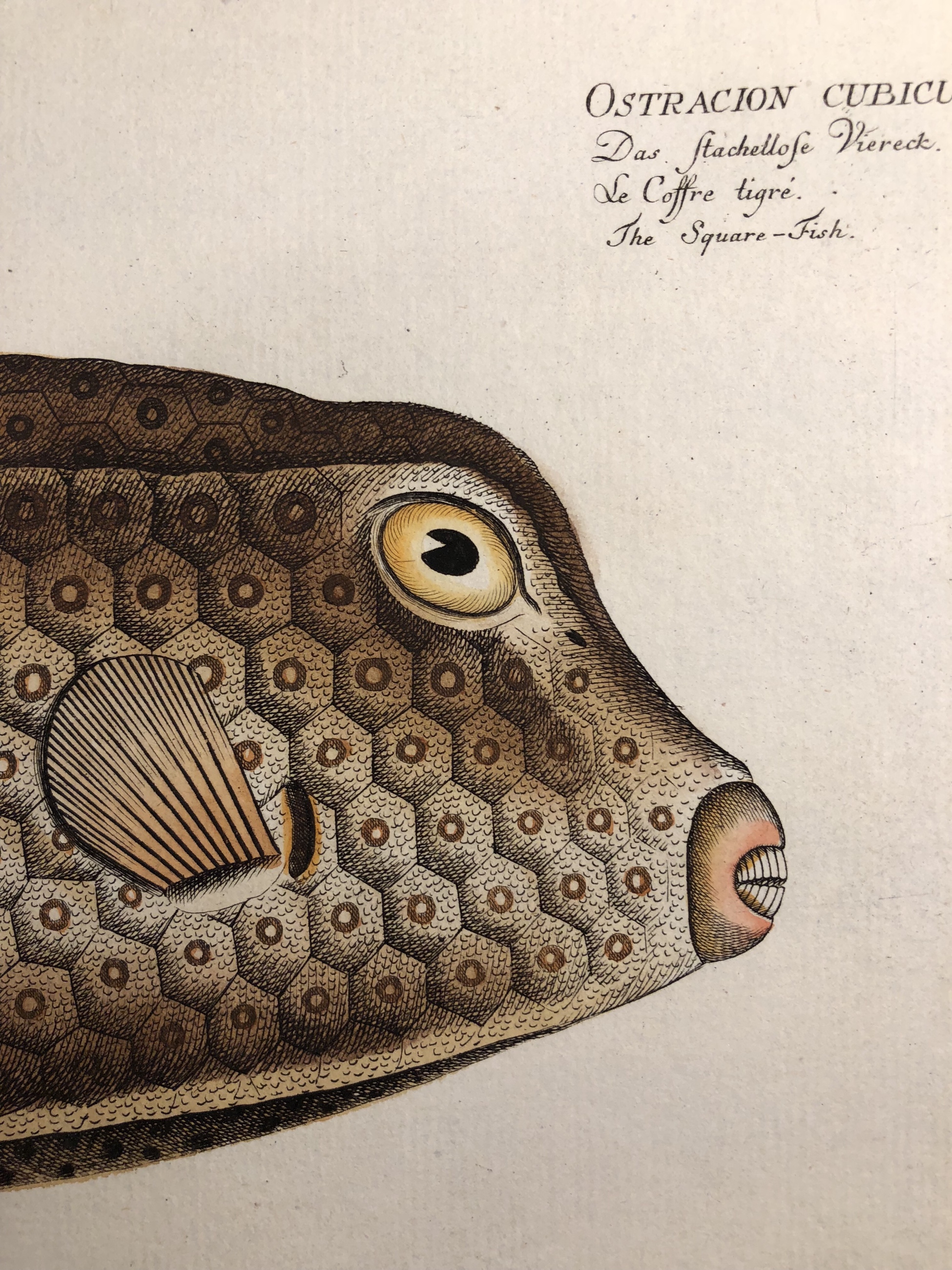 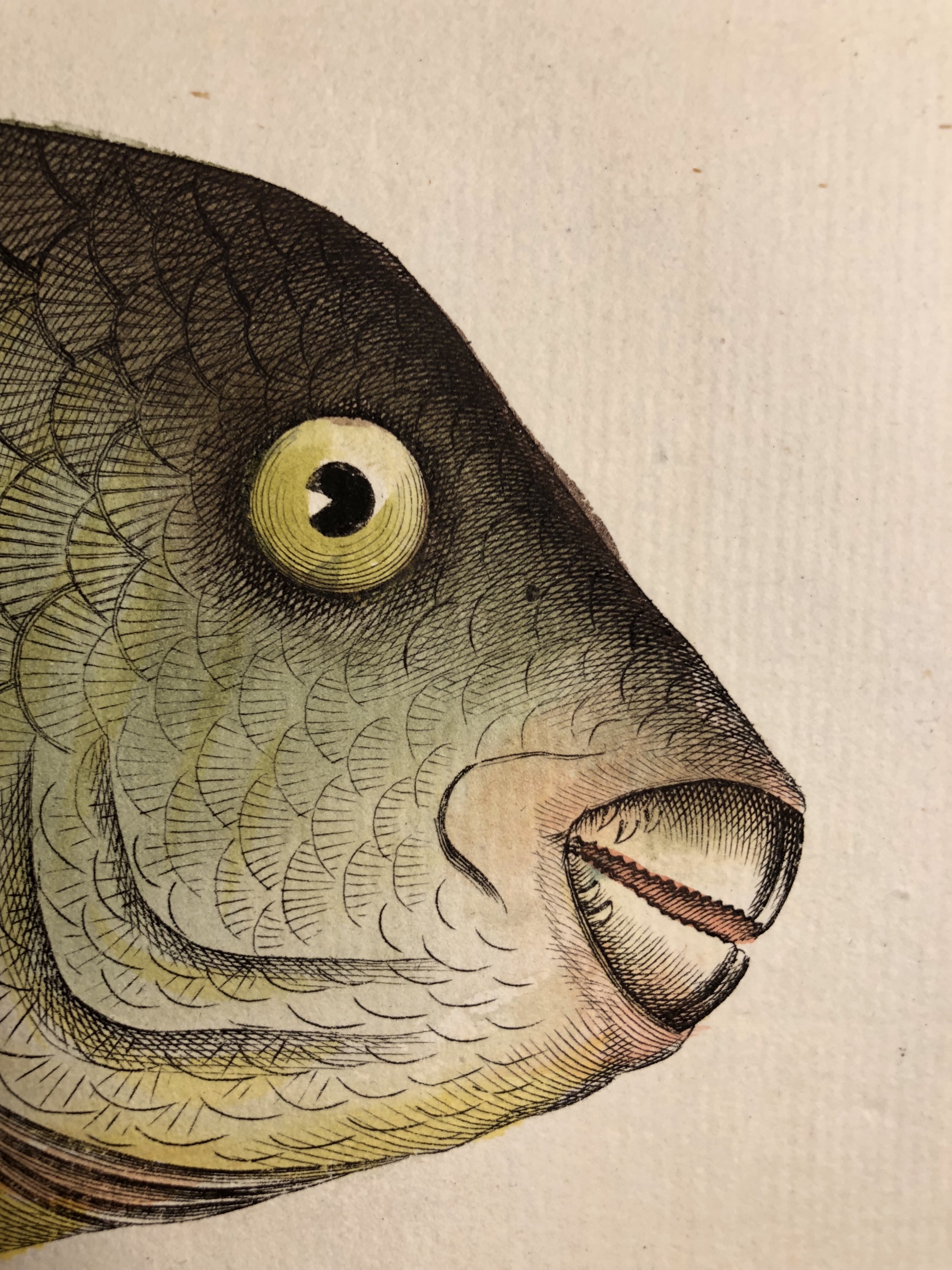 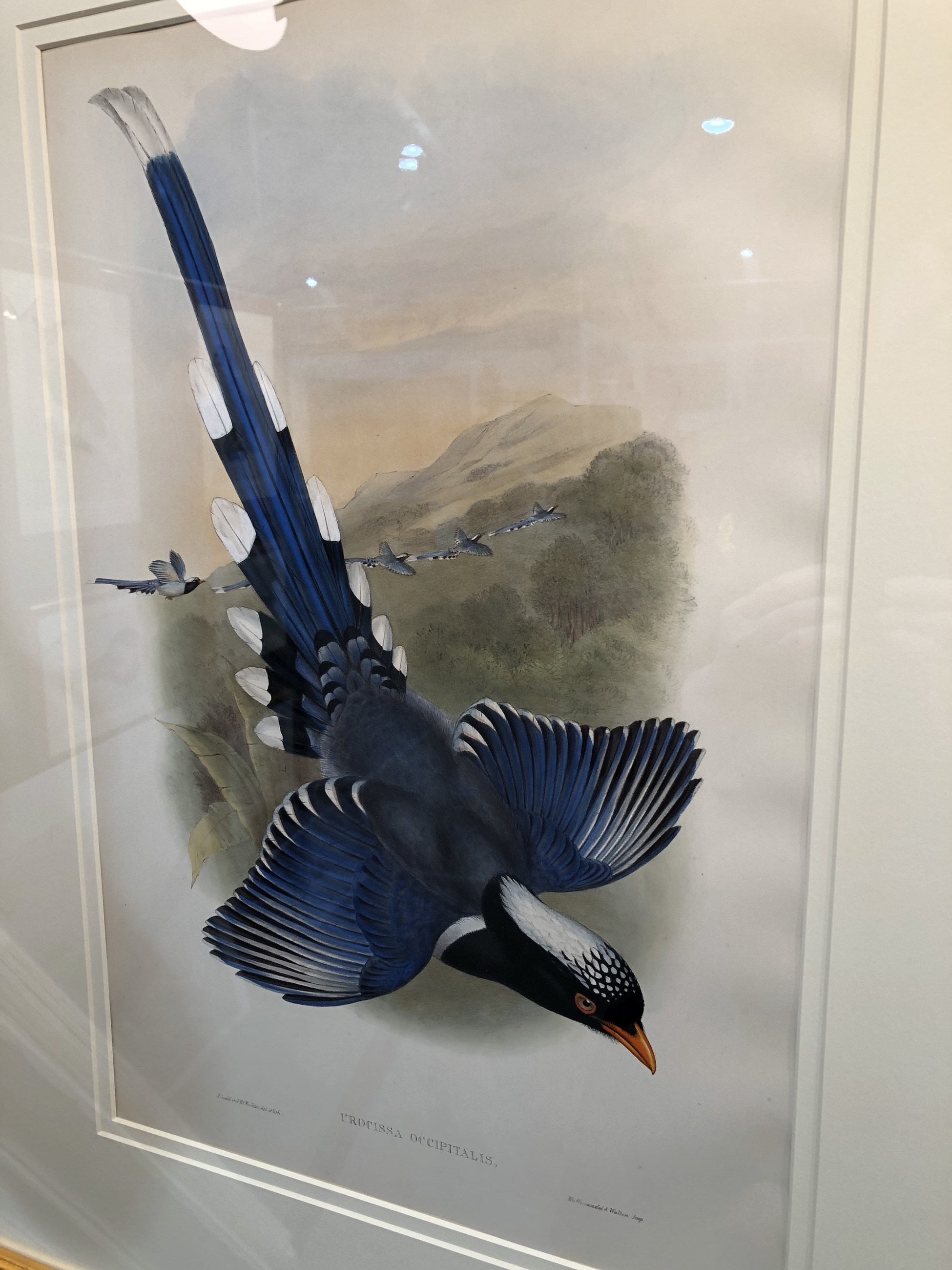 Find the best 18th and 19th Century Ornithology engravings and lithographs by contacting a specialist at Anne Hall Antique Prints. At our secure website, you can browse birds, amongst other nature related subjects. You can contact us directly with specific styles of antique prints, types of birds and certain artists. We look forward to hearing from you!

The above magpie comes from John Gould’s Birds of Asia. It is a hand colored lithograph from circa 1860. This is one of the most decorative lithographs of a magpie ever produced. If you think this is great, you should see the companion!

Not just for Antique Prints!  This field offers a unique shopping experience that should not be missed. It has been the TV set of numerous television shows.

This field,  Brimfield Shelton Antiques Shows has a variety of quality dealers ranging from antiques to brick-a-brack…

Brimfield & Shelton Antiques Shows for an Experience Unlike Others!

Whale lithographs and engravings are a perfect way to complement your sea side home decor.   Take for instance this large antique color lithograph from c.1900… 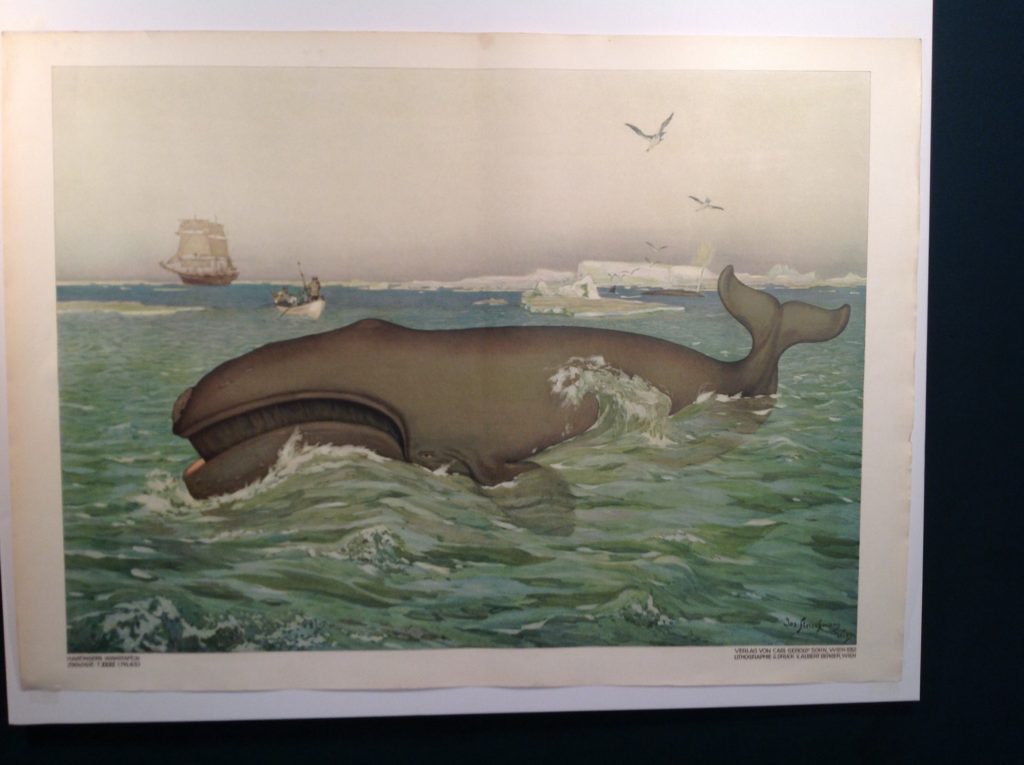 The colors in this whale chromolithograph are absolutely gorgeous. It would be perfect fit once framed,  for over sofa,  or as a centerpiece in a dining room. Not only is it beautiful to look at, it is a valuable piece of valuable artwork, figuratively as well as monetarily.

I can provide you with antique whale lithographs & engravings for your own Ocean Home Decor.  Please visit my website:  A secure and better place to shop for rare prints.  AnneHallAntiquePrints.com 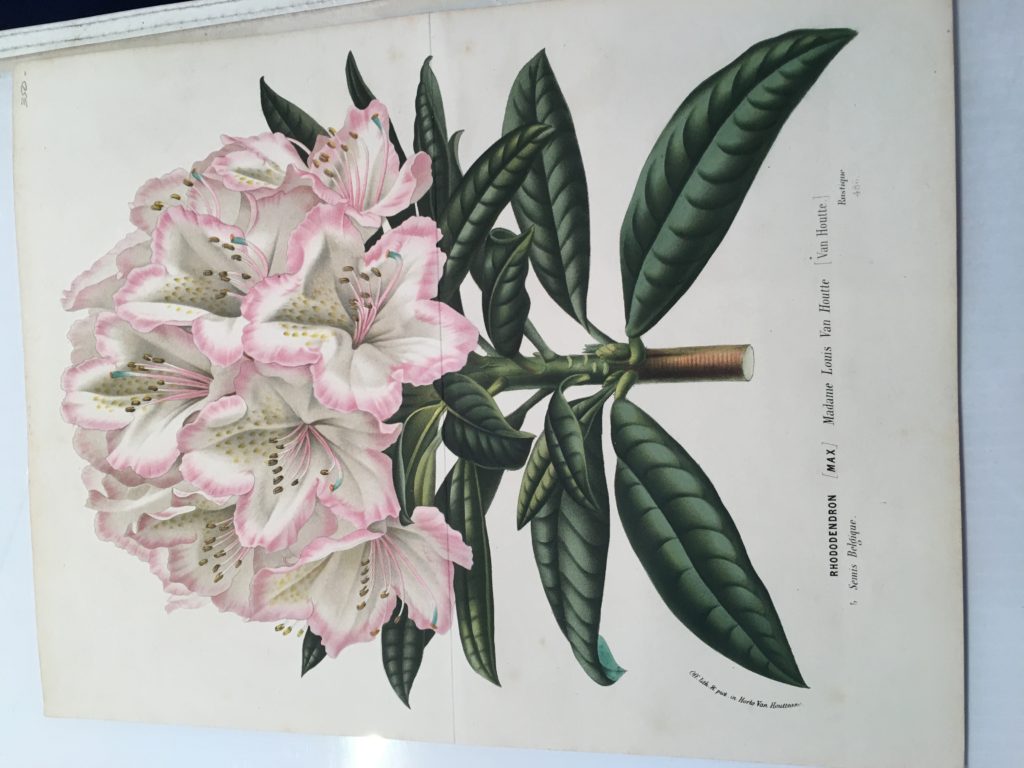 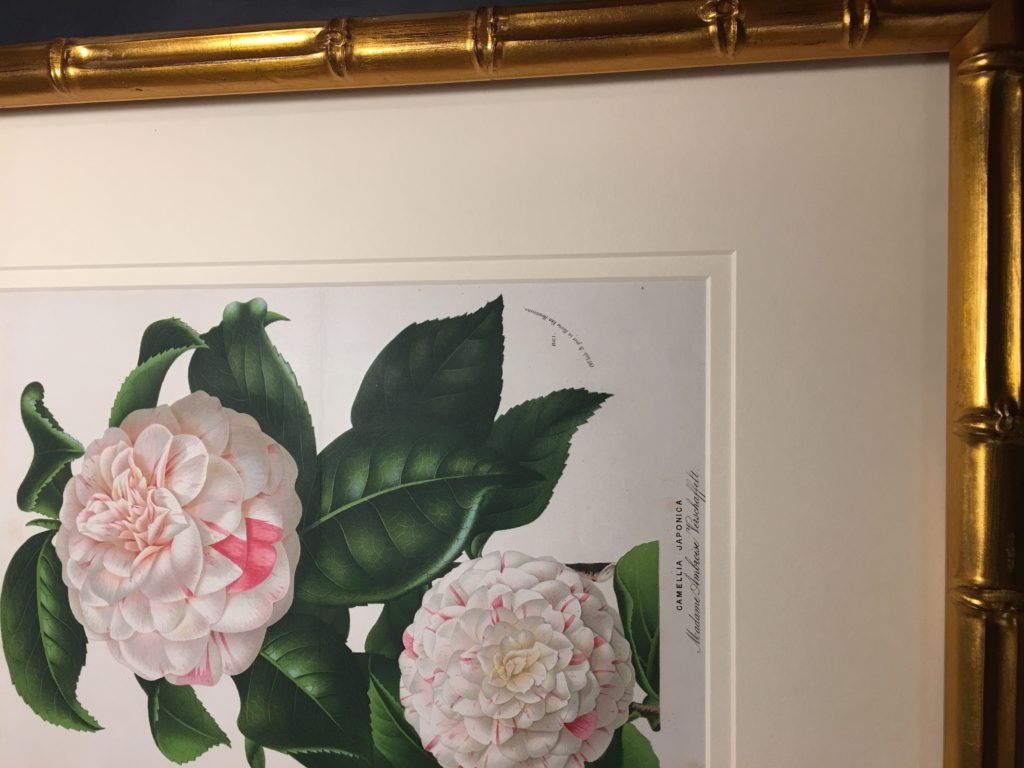 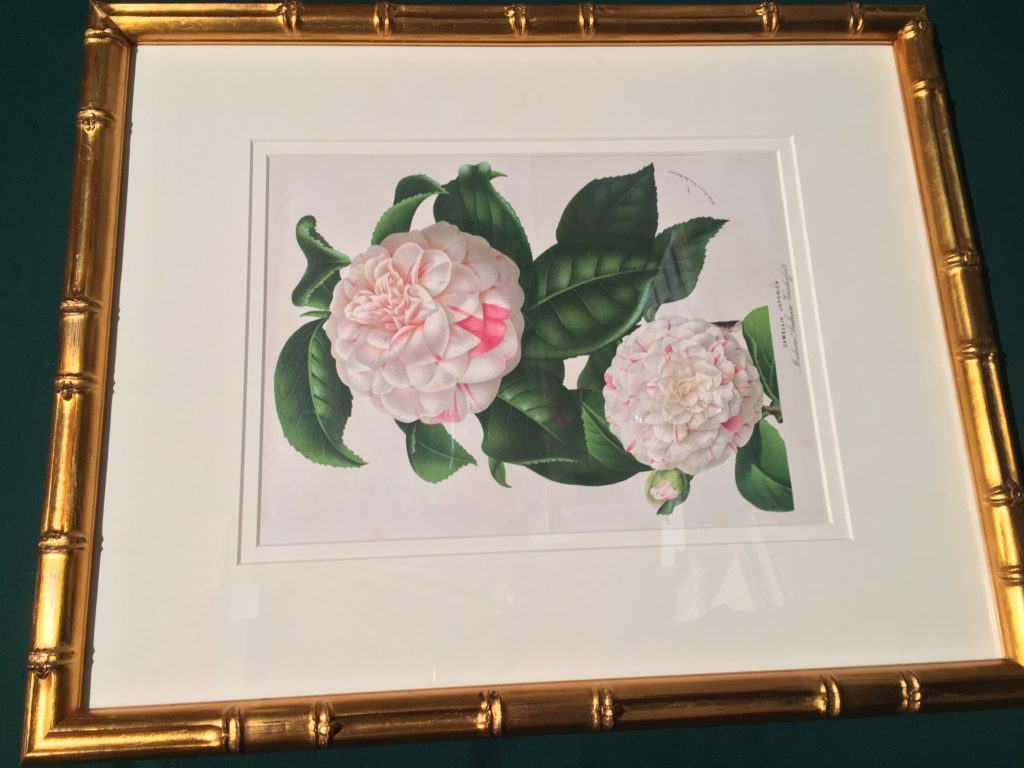 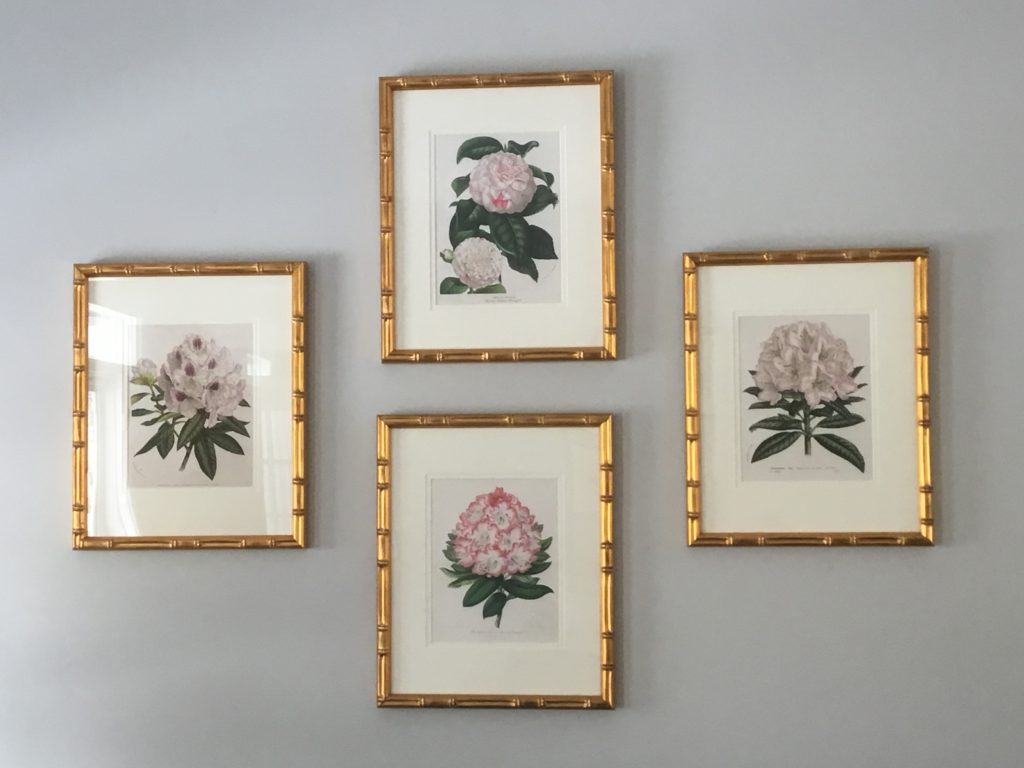 This magnificent antique hand colored copper plate engraving was published in 1730 for the most revolutionary work of a lifetime of work by Maria Sybilla Merian and her book of the Insects of Surinam. 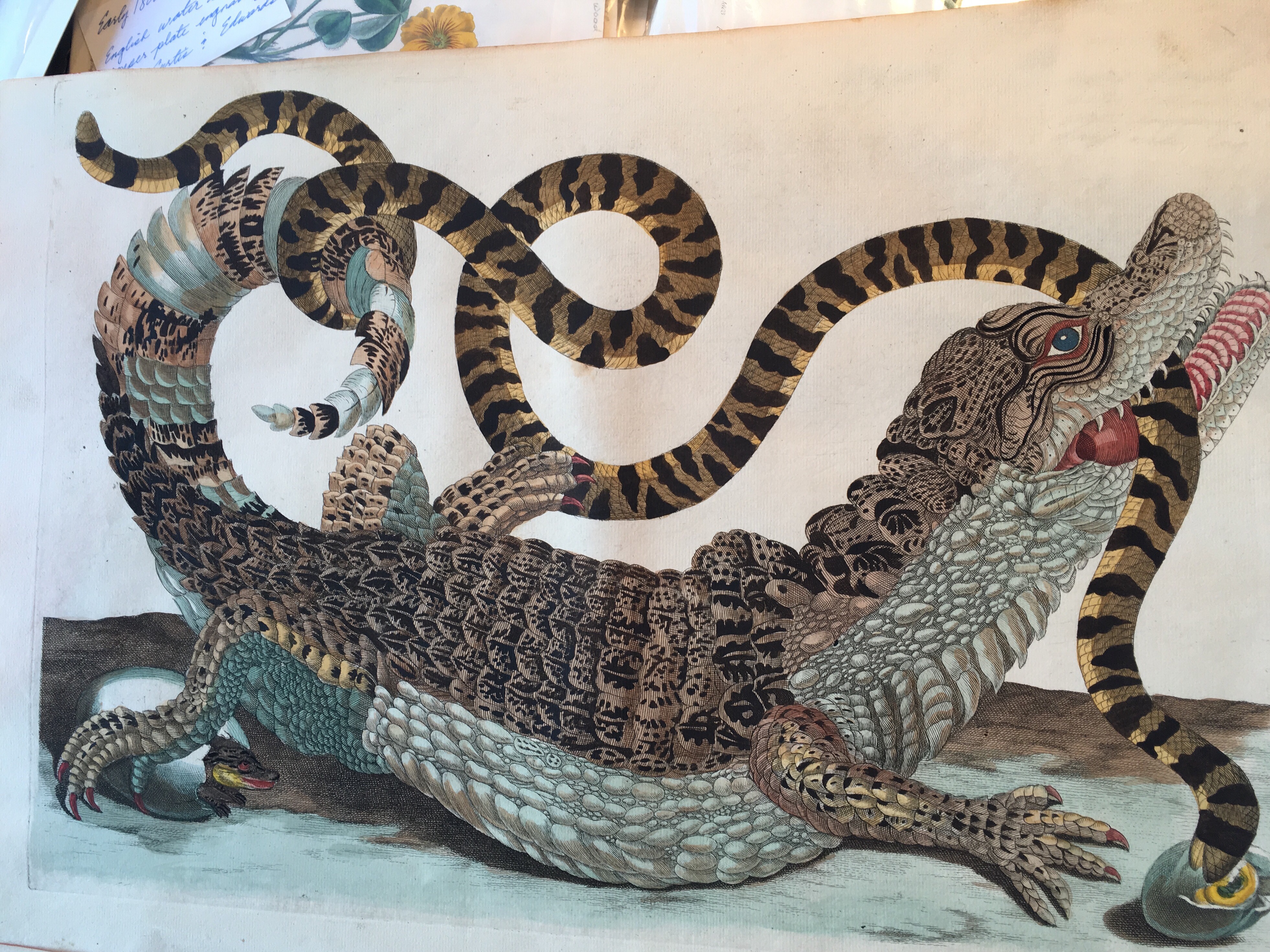 This magnificent and compelling antique print of the Caiman alligator is in near perfect condition.  It is a hand colored copperplate engraving on handmade, laid rag paper. It was published in 1734 by Maria Sybilla Merian’s daughters. Referred to as her Insects of Surinam which included this and 11 additional illustrations as compared to her earlier edition, 72 total.  This is one of the most exquisite early engravings ever published on the subject of transformation.  Illustrated by a woman whom was not allowed to work in oils by the guild,  she had to work in water colors.  The movement and story told by this image is powerful.   See more of this iconic woman’s work at my secure website AnneHallAntiquePrints.com by clicking here:  Insects by Maria Sybilla Merian

Anne Hall Asks: “Have you been looking for a 1st Class gift for your New England friends? Or are you completing the decor in your Ocean Side Home? This pair of Sherman Denton Antique Lobster Lithographs may be the antique artwork you have been looking for.

Considered to be the best antique artwork published on American lobsters, these antique chromolithographs of the female and male lobsters are beautifully executed. Chromo-lithography is an obsolete printing method, meaning that each and every color was applied with an individual key-stone limestone plate. They were published in New York at 1900 for the New York Fish and Game Commission Reports. Sherman Denton was hired to illustrate North American for these reports. It is a definitive work on North American fish and certainly the most sought after. This is the male and female American Lobsters, (showing the underside of the egg bearing female). Framed in lovely c.1970 Archival mat and black wood frames. This pair, specially priced at $400. shipping included within the U.S. These Sherman Denton Lobsters, and more of his Ithicology work on North American species can be found on my website https://annehallantiqueprints.com/
Call us at 413-245-4197

Perhaps the most prolific and beloved Ornithological Publisher of the 19th Century was John Gould. John Gould lived from 1804 to 1881 and was from England. In nineteenth century Europe his name was as well known as Audubon’s was in North America. Unlike Audubon, whose life’s work focused on one region, John Gould traveled extensively and employed artists to help create his lavish hand-colored lithographs in folio size. This effort was funded the merchant class, as well as the clergy and royal family. He published a total of 2999 different bird plates, which issued in parts of subscriptions that were sold or funded.

Considered to be Gould’s passion and greatest work were hummingbirds. Some four hundred eighteen species were depicted by the artists John Gould, H.C. Richter and William Hart. It is said he had over 2000 hummingbird skins. His father was a taxidermist for the royals.

Too Cool Toucan! A Marvelous Old Hand Colored Engraving by Buffon Buffon, a wealthy scientist depicted all the known Fauna during the mid to late 18th Century with an enormous staff of helpers. There was absolutely no shortage of money in producing his magnificent encyclopedias of animals, birds and sealife entitled Histoire Naturelle. There were many editions, this edition, which inclued this Too Cool Toucan, is a rare German edition. It is one of the smallest published. It has exquisite hand coloring, applied by 18th Century experct water colorist. The condition is remarkable.

see more parrots on my Website, with buy online options.

Considered by all “The most beautiful fish illustrations ever published.”

John James Audubon. Here we have a JJ Audubon’s Black Squirrel Print!  These antique prints are a beautiful piece of American history. These are original antique hand colored lithographs. We are pleased to offer this Black Squirrel Print to our wildlife lovers! Enjoy these hand colored  antique Audubon squirrel prints for great antique home décor. Coming from the First Royal Octavo Edition of Audubon’s Animals, these were Published by Audubon in Philadelphia in 1844. Each antique print measures 7 x 10 1/2″.

Imagine if you will…  Early life in North America:  new wildlife species!  The woodland and Plains mammals in America were unlike others seen before!

It was a collaborative work between very famous 19th Century American painters: John James Audubon, his two sons John Woodhouse Audubon and Victor Gifford Audubon and the naturalist Reverend John Bachman. They documented and portrayed what J.J. Audubon considered a dwindling resource: the native mammals set among the splendor and majesty of the uninhabited America landscape. The team traveled westward from Audubon’s home in Mill Grove, Pennsylvania up the Missouri River. Then through territory just previously explored by the Lewis and Clark Expedition. From the Canadian border of the Northern Russian Territories, now Alaska, southward to Mexico. This monumental journey was extremely hard on the wildlife team, and therefore influenced the compositions to some degree. These old prints are a pertinent record of North American Mammals. The Quadrupeds of North American is a wildlife classic: an essential and timeless contribution to both American Culture and the Art of American Wildlife Painting. The American Review, a Whig journal, heralded the national origin of the Quadrupeds: “We have at last have a Great National Work, originated and completed among us- authors, artists and artisans of which are our own citizens. the Bible of Nature!”

This information was derived from the book entitled: John James Audubon in the West. Published in 2000 in New York by Henry H. Abrams.

Extinct or Not Parrot…???

Sadly, a question I pose as to the existence of this parrot.  And if he exists today, what is the future for him?

This antique artwork for Buffon is an engraving with original water colors, framed with archival materials.

Here are wonderful old parrot prints.  Produced c.1800  these tiny German parrot prints are no less than absolutely charming.  These old prints of parrots are hand colored copper plate engravings on a very fine hand laid rag. They are cheap and cheerful and they will brighten up your day with color and charm!  Please see my website for a selection of antique parrot prints at Anne Hall Antique Prints!  http://annehallantiqueprints.com/category/birds/parrots/

Old Ornithology Images and Illustrations.  Here we have great examples of old prints of song birds produced circa 1890 by Rev. F.O. Morris, and his congregation, in England.  These old bird prints are water colored wood engravings.  They are just beautiful little song bird prints.  They are cheap and cheerful….

Bird nest and egg prints by Reverened F.O. Morris.  produced prior to 1900. These are old ornithology illustrations are hand colored lithographs of bird nests and eggs by Morris, produced in England in 1890.  They are not only charming but cheap and cheerful! 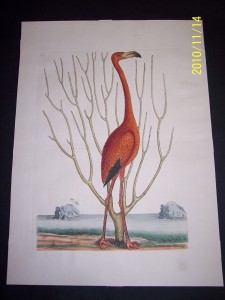